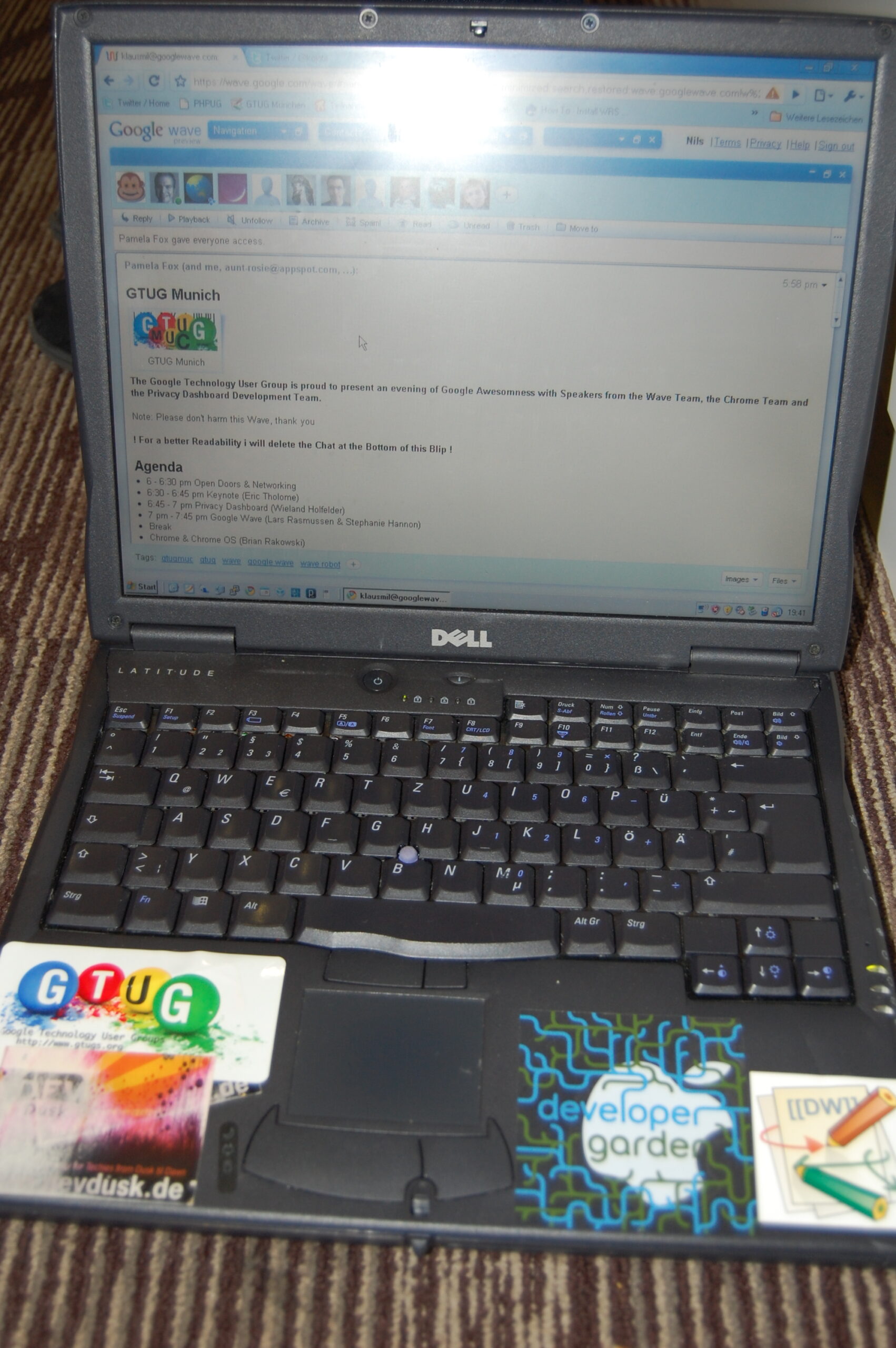 So, GTUG Munich Wave Special is over and i will not write that much on the talks because this has allready been done by several people and they did very well:

The public Wave for the Event (https://wave.google.com/wave/#restored:wave:googlewave.com!w%252BLr46lFn3A) had 51 Contributors, 341 Blips (including deleted ones), and 7 Images in the Wave.

The Event:
Now about the event itself, it was just great. When i arrived at 6:30 pm it was allready quite
crowded at the Google Canteen. Christine Lauber had then started the Event with a short Summary
of all the Talks and after that Eric Tholome had given his Talk about How Google will speed up the Web.

To make a really long and great evening short, it was awesome. The audience was amazed and totally enjoyed the Talks, they pulled out some really good questions, which we (at least most of them) have summarized in the Public Wave and i think the Speakers also felt quite comfortable with the crowd.

It’s a pitty that Stephanie Hannon had to leave so early, but it was an Honor to met the Wave Team in Person.

Lars and a small Group of us Developers went out to the pub laterward, where they totally assaulted him with questions. Poor Lars, i think he still don’t know what hit him. But he mastered the quest very well and we had some time to chat about my Enthusiasm for the GTUG Movement.

So, thanks everyone for making this possible, especially Christine Lauber, Pamela Fox, Lars, Stephanie, Eric and Brian for coming over to Munich, Wieland for making the NDA Procedure painless as possible and of course the Canteen Team, the Food that they provided was really really good.

Next Event the GTUG Munich is planning is a Wave Hackathon at 12/19 and 12/20 at the CDTM in Munich for which we have allready 18 Developers registered.