One in English, due to the daho.am conference in Munich being EN-only, at least the talks n stuff.

So, rainy tuesday (seriously, pouring rain!) brought me the daho.am conference at the Alte Kongresshalle near the Theresienwiese.

I didn’t knew that location before and I have to say, if I can afford it, I will definitely try to book it for one of my future events.

It has a certain elegance that most of my other locations lacked (Zenith for the Make Munich was very industrial, Messe Munich Presshouse for the BarCamp was very corporate, you get the idea)

Background Story:
The daho.am was founded (afaik, please correct me if I’m wrong) by some of the Stylight folks including amazing Johann Romefort and got sold last year to the Bits n Pretzl folks. Since last years daho.am was actually one of the best one yet, we where all worried a bit what BnP would create from this legacy.

Well, I wouldn’t needed to worry, they actually managed to make it even better.

Normally a DevConf or TechConf costs at least 500+ Euro for a two day event, something that still blows my mind. daho.am cost 99 Euro for Regulars or 69 Euro for Devs younger than 24.

Ok the whole „you need to send a Post request“ thing to get the voucher code was a nice play thing and maybe, just maybe, limited the influx of Recruiting / Sales folks, you can normally see at these kind of events, but yeah – it was a play thing and you could get the ticket without it.

Your normal 0815-TechConf has a LOT of useless TechVendor/Recruiting booths. And, I do get it, you need to have sponsors to get this kind of ticket prices and this level of food. I’m actually fine with it (but please can we reduce the amount of flyers+useless swag+ carbon footprint?)

But sweet Thor – they try to sell you stuff that, I as a Dev, would NEVER touch with a crowbar. And here is where the daho.am really tried to make a difference.

a) it was, as far as I could see, Recruiting only. And they invited TechFolks from the company to man the booths, so you didn’t get your usual crap „we’re the best company to work for“ BS. Or maybe I was lucky.

b) some of the booths actually made the effort and thought about what kind of Nerd/Play thing would be interesting. Entwicklerheld had multiple Arcade Machines with Space Invaders and if you had the (total) HiScore, you could win a Laptop.

You needed an Arcade Coin (Plastic, meh) to play, which you got at the entrance or could hunt for at the OTHER Booths. So, if you really wanted to play more than once, you had to visit the other ones and talk to them.

I managed to grab three over the time I was there and got 990 Points, although I got killed by the last space ship on my last two tries.

Man, I do suck at Arcades.

The enmacc folks had a NES Mini and switched between four different games. They gave away four Nintendo Switch to the people that made the HiScore in one of the games, but sadly, again, I wasn’t good enough.

They had a Mario Bros Speedrun, Excitebike, HiScore in Galaga and another game, which I must have missed somehow in the lunch time.

So, yes, it makes a huge difference what kind of booths you let your sponsors put up.

c) They never had a Call for Papers.

I did a Call for Paper jury once, for a Dev Conference in Nuremberg and Oh Boy did this suck. It was around 2011 and every 2nd talk was titled „Hello world in Node.js“ or something equally lame. Boring with a capital O.

From what I understood, they simply got one very smart guy to curate their agenda, one guy that has a LOT of smart people in his network (like me, hint hint daho.am folks) and than he got to work.

Judging from the talks and workshops I got to see (not as much as I’d love to, more on this later) it went in the right direction.

You can take a look at the agenda to see what I mean.

Since it was „two tracks“ not „four, five, 100“ like the „normal“ conf, the usual „I need to clone myself“ problem wasn’t as hard to go through. It still was annoying, but bearable.

Only at lunchtime, when the daho.am even split pauses, to reduce the stress on the food-line, they kind of screwd up, since they had two talks in the break of the main stage and they put them in the smaller one, which went from 0 to overbooked in mere minutes.

That’s a tad bit sad, since they could have simply put them in the large hall and let everyone watch, but „you live you learn“ or something along the lines.

Also food-lines where no fun and I do have a bit of a problem with the amount of litter that was generated. I hope they separated it afterwards, but for the future, I can live with less or easier food in exchange for less litter.

There even was a talk from ElectricMaxxx about „How Developers can reduce their carbon footprint“ so that would have been a good fit.

Overall the food was very good, although I can’t tell if it was very vegetarian / vegan friendly. I had half a pizza and a burger and some cake plus coffee and some beverages. There where fridges everywhere and by tweeting what you wanted to drink + the hashtags #dahoam19 and #tweet4beer you could get a drink to wherever you where. Which worked perfect. Thx

I only managed to get one part of a workshop about smart home ..

And I left early, since it was interesting but not really something I get to try anytime soon. Plus I had to sit on the floor, since all chairs where taken.

Next time – more chairs and maybe a bit of a separated room with at least a bit of silence? The headphones made it work but there was still a lot of background noise.

The other workshops where booked in minutes and I didn’t get a place.

Going back to the venue topic, the hall at the venue was a bit too crowded for my preferences, but, from what I saw, it was mainly because the outside area couldn’t be fully utilized, since -> rain rain rain

Between talking to people that asked me about my staff (Chief of staff, remember?) or talking to old friends and eating cake (no lie) I got the chance to play two rounds of VR soccer, which was AMAZING!

The table is a soccer table inside, but has zero visibility, until you use the attached VR glasses. The resolution is quite stunning and the feeling you have with the controls, is as good as a normal soccer table.

Sadly the rental price is quite high and so I hope someone rigs up an Arduino-based system and VR glasses get cheaper. We’ll see.

Swag-wise, you got a nice Eco-friendly shirt with the 80s-themed Neon-logo of the daho.am that you COULD and not needed to collect, I caught some candie from some of the booths and I got a nice small powerbank, that’s actually useful for our kids plus some socks.

As told before, I could totally do without swag next year and get some planted trees instead.

I went home before the last talk and the beer in the evening, since my brain felt pretty stuffed and my feet hurt from all the running from talk to talk and stuff.

So, thank you daho.am19, I am looking forward to dahoam20 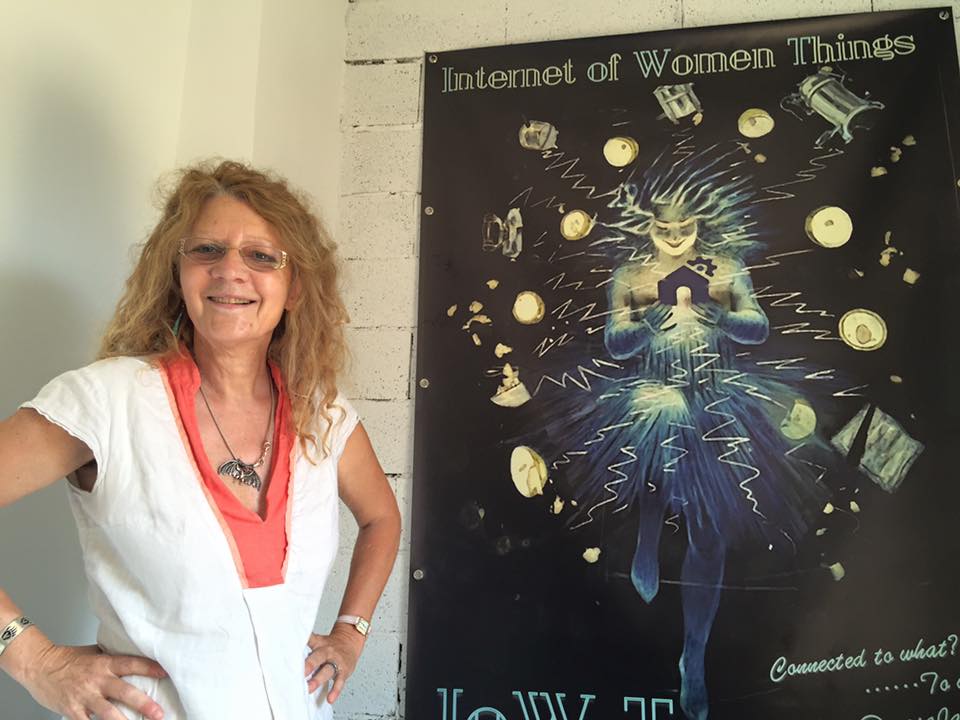 OpenSource, IoT, Design Thinking? We hear this words all the time, but what do they actual mean and how will they influence […] 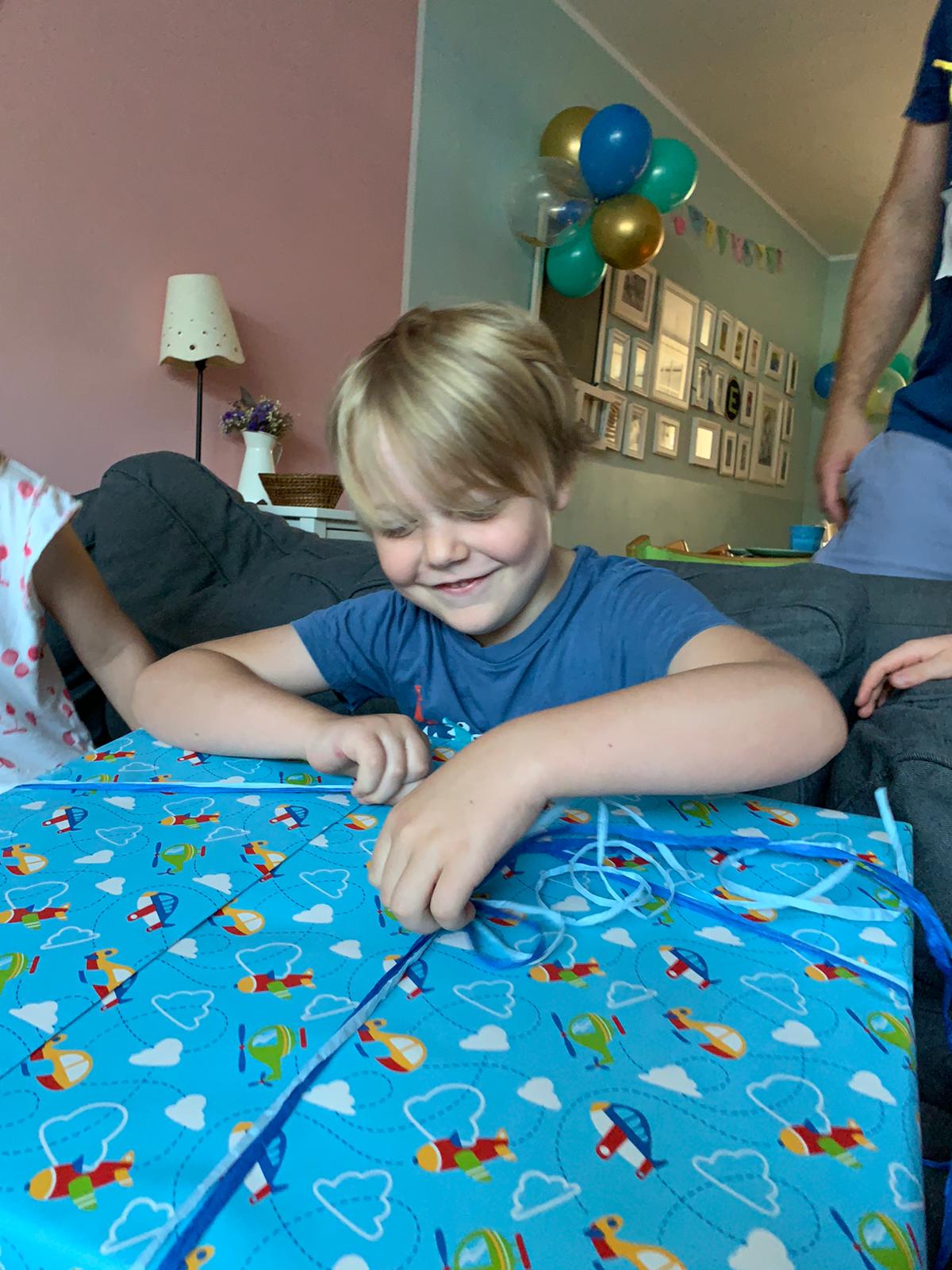 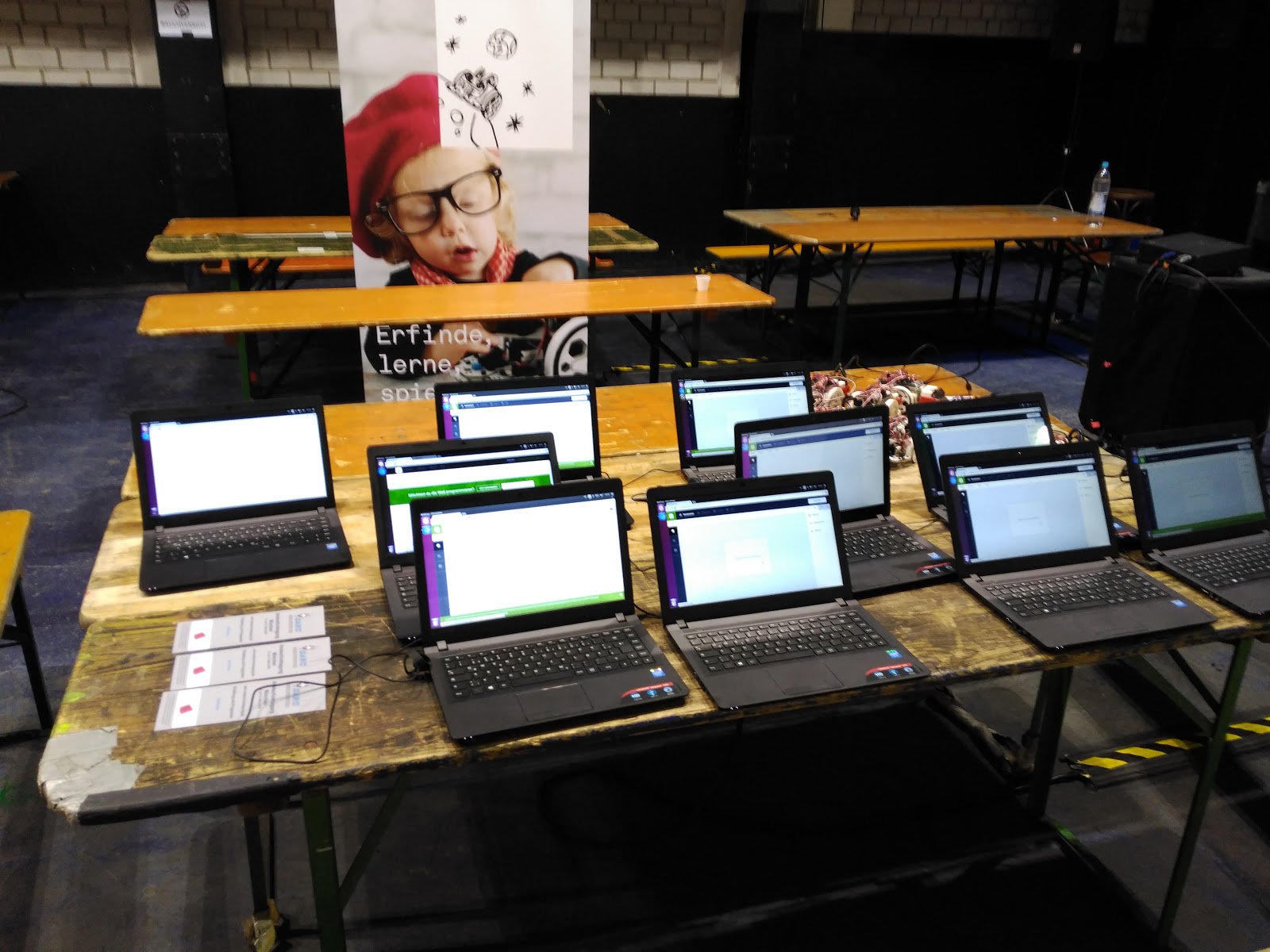